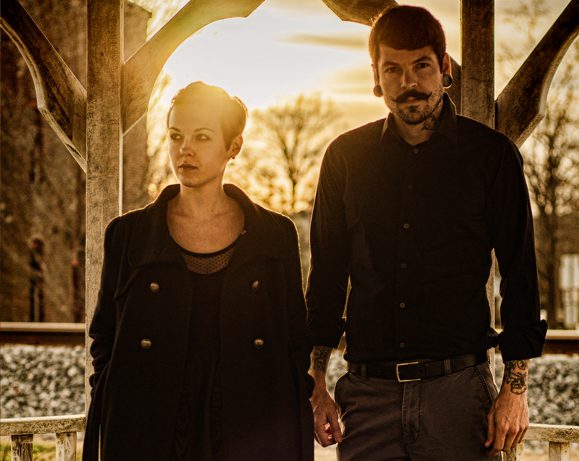 When Tony met Grace the pair may not have appeared to be a natural fit.    He played punk while southern gospel and bluegrass were her thing.

“I had seen Grace play years ago and, not only was I impressed, I developed a serious secret crush,” Tony reminisced.   “When I found out that she was learning mandolin and banjo, I took a shot and asked her to jam with me.   The rest is history.”

Married in July of this year, the newlyweds are gaining ground in the music industry with their original blend of sounds.    Calling Lawrence County, Tennessee home, Grace & Tony are prime examples of grassroots Americana Music Triangle artists.

Exposed to music early on in their lives by family (Grace’s liked the Southern styles from gospel all the way to rock, while Tony learned from his brother, John Paul White of The Civil Wars fame), Grace & Tony experimented with an unlikely blend of genres by mixing punk, folk, bluegrass and Texas swing, to create something new.   What resulted was a blend of music for those searching for what’s beyond the norm: “Punkgrass” was born. “Punkgrass is simply a natural fusion of my punk rock background and Grace’s southern gospel and bluegrass upbringing,”stated Tony.

“It isn’t forced, it’s very organic, and it stands out because it’s a real fusion of what’s new and old.   We play whatever pops into our heads; from classic rock to southern gospel, we scratch every itch.   It’s dark, yet happy; silly, yet serious.   Plus, it’s a whole lot of fun to play.” “November is the next chapter for us, it’s a new set of stories we need to tell,” said Tony.

“This music is more mature and shows our natural progression as songwriters.   We battle tested the songs and 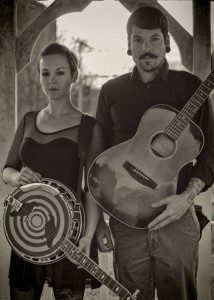 Validity – Who or what are the biggest influences in your songwriting?

Grace – People ask this question a lot and I think they are usually looking for musical influences, but for me, it’s books.   Things that I read about or see that interest me light my imagination on fire and I think about what living in those situations might be like or how I can twist a scenario into something fun or interesting to people.

Validity – How does living in rural middle Tennessee compliment your music?

Grace – I think just drinking in the scenery here can compliment your music.   It’s quiet, you can concentrate, and like I said earlier, I can take the things I see around me and turn it into a story.    For example:  I’m big into the apocalypse (not zombies, but probably an economic collapse), and since it’s so woodsy around here, I can imagine having to fend off attackers of my grandfather’s cattle and chickens, and living off the land with my bow.   That’s what I tried to influence Tony to write “Electricity Bomb” about, but he wrote a sappy love song…Haha!

Tony – Living in rural Tennessee keeps me from being influenced by a local scene.   It allows me to be me.

Keeping it real is exactly what attracted Rock Ridge Music CEO Tom Derr to the two.    “For some male/female duos, the relationship is contrived.   There’s a lot that’s not real.    But Grace & Tony are real; its all genuine.    It’s good to be able to get behind something that’s real.”

Crossing genres, Grace & Tony fit in Americana, Country, Rock and more.    “Their music is not pigeon-holed in  a genre.    They can expand across worlds.     And they have been well received at shows where they really shouldn’t fit.    By the end people are really big fans,” Derr explained in a telephone interview. “What they do live is great,” he added.

Versatility and authenticity may best describe Grace & Tony.    “With their work ethic, there is an unlimited world for them,” Derr continued.    But it’s how they are when they are not on stage.    Some musicians put on a suit and mask.    They are real.”