Alaska’s best harmonies moved to Tennessee a few years ago, and Columbia music lovers are reaping the benefits. 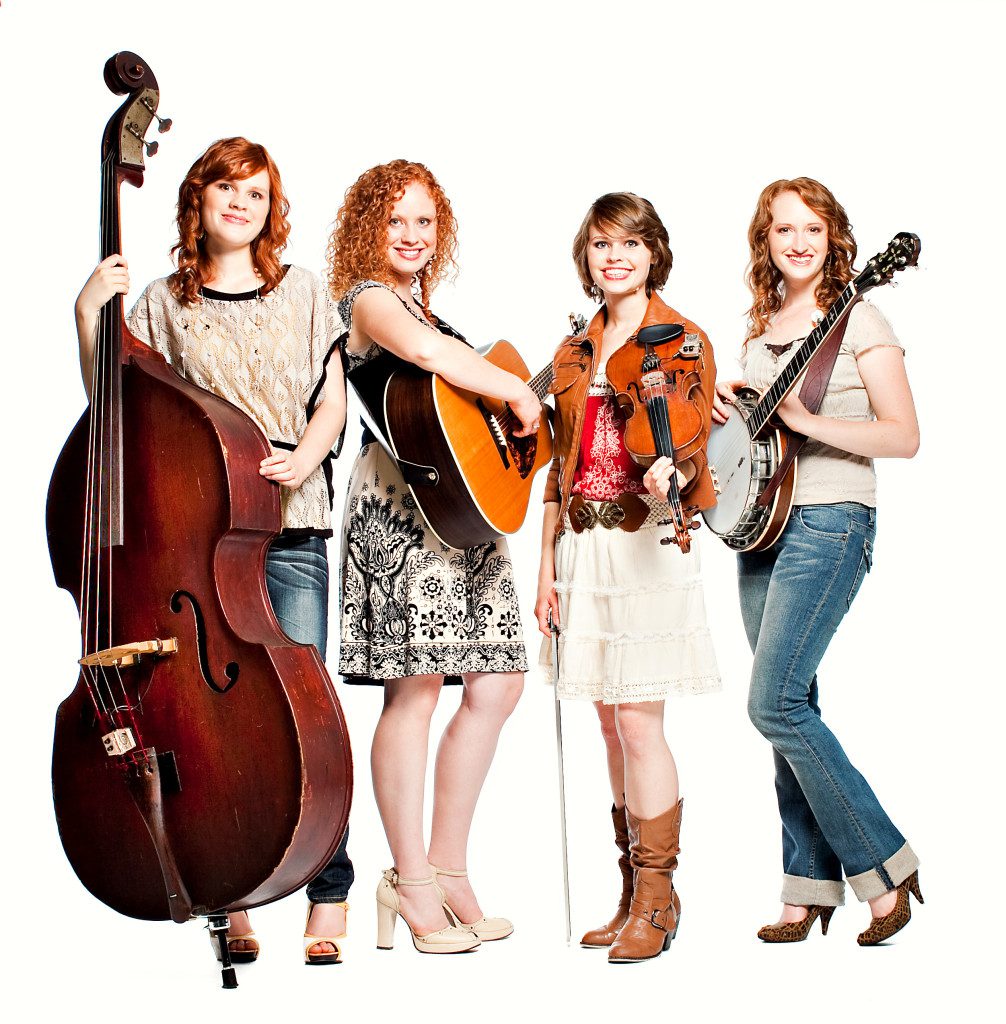 Musical symmetry, sweet and satisfying, filled the air at The Lumberyard as the Redhead Express delivered their signature, full-throttle performance in December.

Redhead Express was a natural extension  of The Walker Family, a talented family of nine. Touring the country and performing at county fairs, performing arts centers and festivals, they now call Columbia home and have performed over 1400 shows since they left Alaska in 2007.

A kick starter campaign last year has the redheaded girls of the family well on their way to a 2014 country album release, with Worley as the producer.

“I look for a really good singer with a real personality.  In this case singers,” Worley said in a YouTube interview.  Worley described the sisters as having “angelic sounds”  during their song, Sing Your Heart Out.

“He loves to create music and knows it’s important for music to create itself,” Alisa Walker explained.

The eldest, Kendra, who recently accepted a surprise on-stage marriage proposal from her boyfriend, Kelly Stevenson, is the chief songwriter for the Redhead Express.    Inspiration for their lyrically rich and soulful original songs comes from personal experiences, Kendra described.

“The more I write, the more in tune my ear is becoming for what makes a good song.  Some are relationship songs or songs about growing up, what we went through as a family.”  Laden with intricate harmonies and unique instrumental arrangements, the Redhead Express moves audiences to their feet. 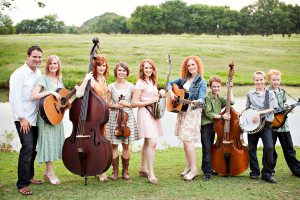 Years of performing American Roots Music with their parents as The Walker Family has this set of sisters ready to take on Nashville and life in the Americana Music Triangle.

“[Our company Christmas gathering] was the third time the Redhead Express has performed at The Lumberyard.  It is great to have a group with their talent living and producing music in Columbia,” he shared.

perfectly pitched rendition of the United States of America’s National Anthem.  “We have been doing that a long, long, time,” Kendra told.  “It’s sort of our way of showing our appreciation for our country and those who are serving our country.”

When the family left Alaska to make the move, they started out in an RV.  And working in close quarters can have its challenges.

Redhead Express at the Lumberyard in Columbia

“I think we have been working together 6-7 years as a band.  We have become much closer and share a common goal,” Kendra said.  “We definitely had to struggle through as we each discovered our roles.”

“Dad used to run practice sessions but he has a big, passionate personality,” Kendra shared.  “He is good at dreaming and we are much farther along because of his dreams.  But we are sensitive women.  We would often end up crying and then he would end up upset.  What do you do when the women cry?”

“Now I am the band leader. I run practices,” she said with a laugh.  “Living in tight spaces, we learn to respect each other’s space.  When you live in an RV for four years, you learn how to get along,” she added.

Maturity developed from amicable relationships in a family of nine living in an RV is evidenced in the intricate harmonies and distinctive instrumental arrangements plucked from their voices and the strings of the upright bass, banjo, guitar and fiddle.

And the best part?  Family. 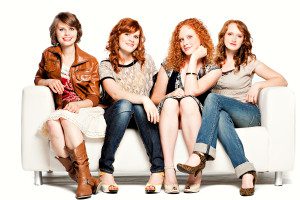 “It’s a neat thing to be able to do,”  Kendra confided.  It has brought us closer, taught us to express ourselves and connect.  Music has a way of breaking down barriers of race, opinion and religion.  All those things that people get caught up in.  But they can agree on music.”

As the December performance neared its end, the Redhead Express once again proclaimed their appreciation for country with their final performance, “God Bless the USA” by Lee Greenwood.   Voices fused into beautiful harmonies.  With momentum growing at the line, “I’m proud to be an American…,” one woman stood.  Then others joined.  Soon from the back of 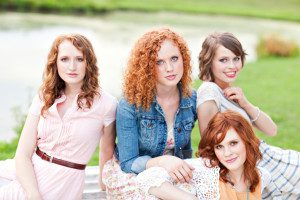 the theatre, the entire Lumberyard audience was silhouetted against the stage lighting and engaged in the moment.

“We have a great respect for our country, we love our country and have a lot of family in the military.  We are grateful we live in a country that allows us to do what we love.”

At this rate the Redhead Express appears to be on a non-stop ride to the top.