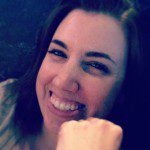 Broadband internet access is something I’ll never take for granted, having grown up in small town Tennessee.  Raised far from the city, on acres of land in a tiny town, I recognize the woes of those who, as they say, “live out in the middle of nowhere.”  It’s tough to get internet at all in rural areas, and nearly impossible to get fast internet.  The high setup fees required to install connectivity in an area for the first time discourage even those willing to pay a little more.  When I became an adult and ventured out on my own, I realized my preference for living in populated areas, where it’s not necessary to sell one’s soul for a decent internet speed.

The internet itself, of course, is free to everyone, but the groundwork required to bring internet into homes is quite expensive.  While many people get on a soapbox about how the web should be free to everyone, few are willing to foot the bill to install cabling and power for an entire planet.

Until recently, my parents lived about ten miles outside Hohenwald, where there were no internet towers until six months ago, and to install a satellite in their location came with hefty setup fees.  They chose instead to go with a hotspot device that used a cellular signal, but cell signal was also weak, so their connection was slow.  This is not an uncommon story.  The internet options for people who choose to live off the beaten path are slim.  A 2013 study by the Pew Research Center showed that only 70 percent of Americans have broadband internet in their homes.  This means the remaining 30 percent use their smartphones, have dial-up, or go without internet altogether.

Since the web seems to be here to stay, many think it’s a good idea to invest in a future of faster connectivity in their area.  In 2010, Topeka, Kansas renamed their city to Google, Kansas for a month, Greenville, South Carolina organized a 1,000 person glow stick depiction of Google’s logo, and citizens of Baton Rouge rewrote the song “Give a Little Bit” to “Give a Gigabit.”  These were moves to get attention from Google in the wake of its Fiber for Communities program.  This program was accepting applications for fiber-optic internet, called Google Fiber, to be installed in a city of Google’s choice.  The internet speeds were super fast, up to a gigabit per second.  To put this in perspective, this is more than 20 times faster than most broadband-connected homes.  Google eventually installed Google Fiber in Kansas City, and has since expanded the project to include huge portions of Kansas and Missouri.  Google also installed the infrastructure in Austin, Texas and Provo, Utah.  The service does not come free to the residents of those cities, but is comparable to what they might pay a cable company to get a much slower connection.

Google also envisions bringing internet to other parts of the world.  Project Loon is Google’s space balloon baby, designed to bring the web to faraway lands.  According to the Project Loon website, 60 percent of the world is living without internet access.  Google seeks to alleviate this problem by sending internet-enabled balloons into the stratosphere.  The balloons are controlled horizontally by the wind and vertically by a software algorithm, and can be steered with precision, allowing a network to remain intact, even as the wind changes.  A successful pilot run of Project Loon was staged in New Zealand in June 2013, which Google used for test data to continue improving their idea.

But what about ordinary folks who don’t live in New Zealand or Google, Kansas? Sometimes just a few miles outside a small town is too far away to have the privilege of a pre-installed broadband connection.  Are there people close to home working on this problem? The answer is yes.

The REV Initiative is a group of professionals seeking to bring broadband to eight counties in rural Middle Tennessee:  Giles, Hickman, Lawrence, Lewis, Marshall, Maury, Perry and Wayne.  Started by Brad Martin, editor of the Hickman County Times, REV stands for Regional Economic Vibrancy.  Lack of broadband internet is just one problem they are trying to solve, and the first phase of the broadband access plan is to get broadband availability to students of Columbia State Community College (CSCC).

Although there is internet connectivity on the campus of CSCC, students who live and do schoolwork off campus also need access at their homes.  Often students without broadband access end up in the parking lot at McDonald’s trying to do their homework.  REV is targeting these students in hopes of being able to get grants to install internet towers in areas where these students live.  CSCC has been working with REV to reach their broadband goals since the idea was pitched to Dr. Janet Smith, president of CSCC, in April 2013.

REV has others helping them achieve their goals as well.  Paul Vaughn, of Tennessee Wireless in Centerville, and Tom and Jordan McDonald, of JTM Broadband in Hohenwald, are internet service providers (ISPs) dedicated to being broadband pioneers in Middle Tennessee.  They will help to provide the infrastructure required, or the hardware, so to speak. REV is seeking a grant from the FCC to help build towers large enough to cover all of the hilly landscape of Middle Tennessee.  With 25 96-foot towers and some smaller auxiliary ones, the eight counties should be fully covered by the end of the project.  Since the REV Initiative is in the process of obtaining support and funding, the timeline for completion is still in the works.

Although cabling and towers are not as exciting as space balloons, the REV broadband project is authentic and local.  I recently attended a REV Initiative meeting, and the people working on this project are intelligent and committed.  The prospect of these eight rural counties being served with broadband internet connectivity is something that will benefit everyone for years to come.

Cody Crawford holds a degree in software engineering and recently joined the staff of Validity as Director of Digital Innovation.