All proceeds will benefit the programs and services provided to child victims of sexual and/or severe physical abuse by the Hohenwald center location of Davis House.  The Oliver Companies and Tommy L. & Joan Graham are presenting sponsors for the event.  Validity 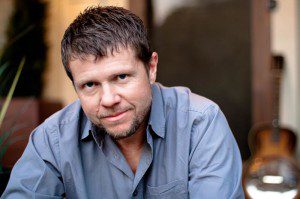 Magazine owner/publisher Becky J. Newbold states “I envisioned a series of music events showcasing artists and bands which could also give back to our communities.  I think this is a great start toward that end, and Davis House Child Advocacy Center does a lot of good for the children in our community.” 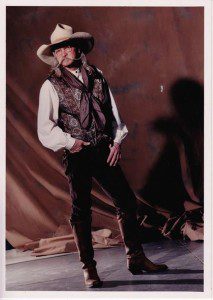 A minimum donation of $25 will reserve each General Admission ticket.  Additional donations will also be accepted to help offset $85,000 annual cost of serving families.  A limited number of tickets will be available for the show and may be purchased online  at http://davishousecac.org/events/ (scroll down to Hohenwald – Validity Concert Series).  Tickets may also be purchased directly through Davis House (615-790-5900 x 101). 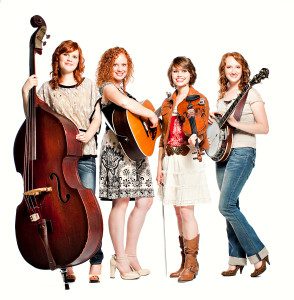 Increasing awareness of the issue of child sexual and/severe physical abuse and generating funds for the programs and services of Davis House is what the night is all about.  “The children we help are from right here in our own community, they live in our neighborhoods, on our streets, and too often in our own homes” says Executive Director Marcus Stamps.  “A great night of music and fun, all in support of our Center and the children we serve, invigorates the fight against child abuse.”

Davis House Child Advocacy Center serves children who have experienced sexual and/or severe physical abuse and is committed to providing a safe environment where a child’s voice is heard and respected. Providing both investigative and healing programs, the Center works to empower non-offending parents to protect their children and participates in the state mandated Child Protective Investigation Team as it investigates reported cases of child abuse. National statistics indicate that one in ten children will be victims of sexual abuse by the age of 18. Money raised at this year’s event will continue to fund services provided by the Hohenwald center location (21 Smith Avenue) of Davis House where last year 152 new child clients who were residents of Lewis, Perry and Hickman counties were assisted at no cost to the children or their families.
Davis House Child Advocacy Center combats child abuse by coordinating services to children and their families in crisis and providing community education focused on prevention and early intervention. The Center serves Lewis, Perry, Hickman, and Williamson counties. For additional information about Davis House Child Advocacy Center and the services provided, please visit www.davishousecac.org. 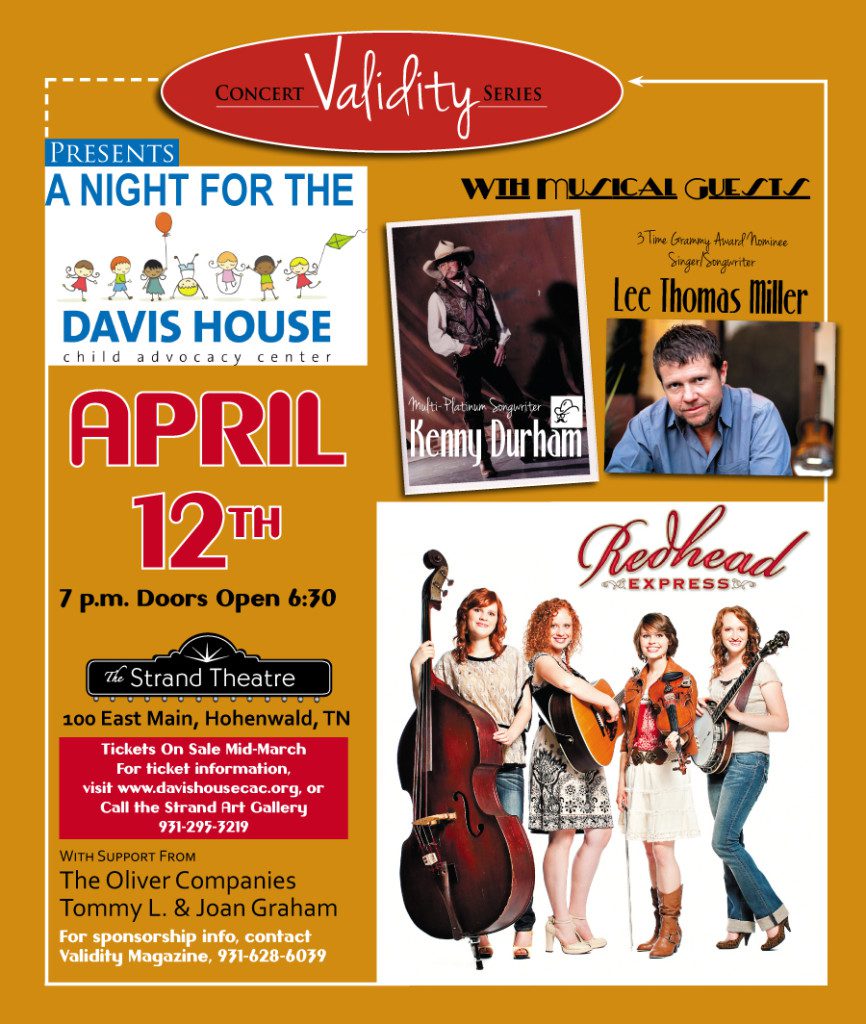 World” by Brad Paisley; “I Just Wanna Be Mad” by Terri Clark, and “The Impossible” by Joe Nichols.  He won Song of the Year at both the 2009 CMA and ACM awards for the top ten single “In Color” performed by Jamey Johnson.  Lee has written top ten singles for Tim McGraw – “Nothing to Die For” and Brandon Heath – “Jesus in Disguise,” as well as top 20 singles for Thomas Rhett – “Something To Do With My Hands”; Casey James’ “Crying On A Suitcase,” and Brandon Heath’s “Leaving Eden.”  Lee is the current President of the Nashville Songwriters’ Association International and a member of Davis House Child Advocacy Center’s Board of Directors.

Kenny Durham is a multi-platinum songwriter from Hohenwald, Tennessee.  Kenny has a heart for community and frequently performs in the middle Tennessee area.  Perhaps best known for his tribute to John Denver, Kenny is a solid performer with versatility who consistently produces a high level of audience buy-in.

Redhead Express is a 4 sister act originally from Alaska, and now hailing from Nashville, Tennessee. The girls have spent the past 5 years touring with their family band across the country. Now they are poised for success in the country music industry as they prepare for the studio to cut their first album with renown producer, Paul Worley (Dixie Chicks, Martina McBride, Band Perry, Lady Antebellum). The girls are: Kendra, lead singer, songwriter, and guitar; LaRae, utility man on banjo, dobro and guitar and tenor harmony; Alisa, 2nd lead and baritone singer as well as fiddle/mandolin; Meghan, on bass and tenor harmony.

The Redheads are like any sisters. They get along pretty well, except when the hormones are raging! At this stage of li 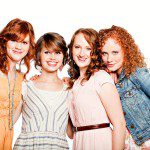 fe, there is constant chatter, giggles and stories about love- love lost, love found, love longing. 5 years of traveling all across the country has made them much closer in so many ways, but their favorite part of travel is coming home and spreading out again!