Coming from the land of the free and the home of the brave, I have found that ministering in Haiti can cause extreme culture shock in certain areas.  For instance, Haitian society as a whole promotes violences and devalues human life.  In most cases, this desanctification of life is a direct result of greed for either money or power.

During elections, political opponents will pay “thugs” and those who practice voodoo to start manifestations (violent riots) and Rah Rahs (a voodoo procession).  Manifestations can be fairly peaceful, but at times they go to the opposite extreme.  Throwing rocks and burning tires in the street are common.  Occasionally, they will apply a torture device called a “Haitian necklace,” which is a gasoline-doused tire placed around a person and ignited.  Another possibility is dismemberment and immolation.  It is conceivable that, while driving down the road, you might see a pile of ashes with hands and feet laying nearby.

A common sight during a Rah Rah is a large group of voodoo people proceeding down the streets playing music, singing, waving branches and dancing.  They are usually led by a young man waving a voodoo flag.  At times, you will see them carry a disembodied arm, head, etc. as they walk.

As is often the case when politicians are corrupt, the police in Haiti do not always uphold the law or the best interests of the citizens.  Since the people do not trust the police, vigilante justice reigns, and thieves are often handed an immediate death sentence.  If someone yells “vòlè” (thief), anyone in the vicinity immediately attempts to apprehend the offender.  At night, you can hear gunshots, one after another, as thieves are being driven away or killed.  One morning, an alleged thief’s body was left just outside our compound.  He had been shot in the head four times, covered with a sheet, then left there.  I was appalled that this was acceptable, and found myself wondering: Was he really a thief? Does he have a family? How long will it be before his family receives word of his demise?

Violence and death have become so commonplace in Haiti that people often walk right past the dead without a second glance.  The unfortunate side effect of such a desensitized culture is that the children suffer.  Since I have worked with young children for the last several years and have nephews and nieces who are near and dear to my heart, the reports of children suffering cut me to the core.

Recently, a missionary requested prayer for the people in his area because two children had been kidnapped.  One of the children was eventually found murdered, but the other is still missing.  The abductions have been rumored to be associated with voodoo.  Voodoo priests are hired to make sacrifices on the behalf of those who desire to gain or remain in political office.  Their insatiable thirst for money and power blinds them to the horror and devastation they leave in their wake.

In another instance, a child did not come home, and her mother went to the school (which is near our compound) to find her.  The staff initiated an extensive search of the school.  The little girl was found stuffed in the toilet area of the bathroom, missing several organs.  The school principal had harvested her organs for a voodoo sacrifice.  Can you imagine entrusting your precious baby to the staff at a school, expecting them to protect and nurture your child, and having your trust betrayed by the very person who should have been enforcing that protection?

This afternoon, we received a call from the mother of one of our students.  She wanted to know if we had seen her daughter, because she had not yet returned from school.  My heart immediately dropped.  Knowing children are kidnapped off the streets to be used in sacrifices and remembering the story about the girl whose organs had been harvested, I feared the worst.  Thankfully, she had just stayed late at school and was fine. 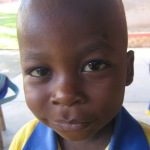 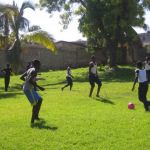 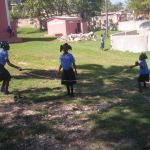 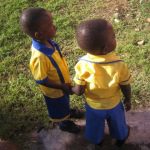 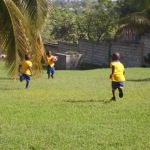 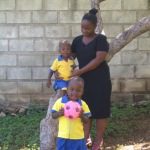 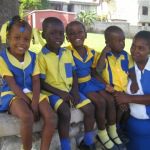 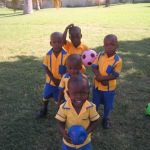 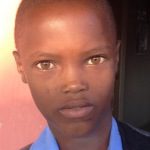 I don’t understand how anyone can look into the eyes of these priceless children and bring them harm.  Friday, two three-year-old boys ran through the yard, chasing butterflies and laughing.  Afterward, the class was treated to a children’s movie.  They sang and danced with the music, exclaiming in awe at the pictures of sand castles, beaches, swimming pools and surfers.  One boy, who rarely speaks, was bouncing in his seat saying, “cheval, cheval” (horse, horse) when a horse and buggy came on the screen.  It is heartbreaking to think that it won’t be long before that pure joy and innocence that radiates from them will be stripped away by the violence around them.

I have been so impressed with New Hope Mission Haiti, as well as Pastor Emile and his family.  The compound is like an oasis in a desert of despair.  Entering the gates and seeing the only grass for miles would be enough, but they have also been a beacon of hope and aide in troubled times.  After the earthquake in 2010, Pastor Emile opened the compound and provided shelter for thousands of people who were without a place to go.  Instead of violence and hate, New Hope Mission Haiti exhibits the peace and brotherly love inherent in a family whose lives have been truly committed to Christ.  They are trying to break down the traditions of a culture steeped in violence and show the Haitians there is a better way by providing a safe environment for learning, food for hungry children and a place of worship.

My time here so far has been full of both blessing and heartache.  Providing updates for those following the Mission or my personal Facebook page has been a task I take seriously, because it is easy to grow callous to the needs of others when you are living a life of plenty.  These people need the love of Christ and a helping hand; I hope my time here allows me to provide them with both.