Membership is exclusive at the ASC Foundation.  Your mom or dad must have been a soldier who died.

Two legacies remain for fallen military personnel: 1) service for their country and 2) the sons and daughters they leave behind.

ASC (A Soldier’s Child) fills some of the void for the military kids with yearly events, including birthday parties, deer hunts, fishing tournaments, dove hunts, 4th of July run/walk races and Journey Camps.

Validity had the privilege of being invited to the weekend deer hunt at Stan and Wynette Bevis’s home and camp in Collinwood/Wayne County, Tennessee.  On Friday, a variety of stews, chili and desserts (including Mrs. Annette’s fried pies) to feed a hundred or more parents, visitors and the 24 ASC kids, capped off the evening.

Earlier in the day, the kids learned gun safety and shot targets until all zeroed in on the kill-zone.  Natchez Trace Park Ranger Daniel Kimes, Tennessee Wildlife Resources Agency staff, Brandon Taylor, Daniel Plunkett and Clinton Newton, and many volunteers provided the ammo, targets, firearms and shooting range in the hills of Wayne County.  Saturday morning, the boys and girls with their respective guides stalked secretive White-tailed deer, many for the first time.  The aspiration for this event is to emulate an activity a father or mother might enjoy with and teach his/her youngster.

ASC and the Wayne County hunt have touched many lives, from local volunteers to country music stars.  “In 2013, Country Artist Darryl Worley dropped in and was very moved by the kids.  Making true on his promise, last year, he invited one of the ASC kids down to his farm in Hardin County to hunt and served as the child’s guide.  Jared from Georgia was accompanied by Worley,” volunteer Cheryl Bevis explained.

Donations of gear by Mossy Oak, food by Rick’s Barbecue and rifles by Remington added to the blessings.

“Community is something we sometimes feel is lacking in our country.  It’s not lacking here,” volunteer Glen Price commented.

This year, 18 ASC boys and six ASC girls participated in the hunt.  The farthest distance traveled by a hunter was from Colorado. 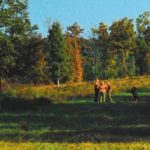 Guides and kids gather for a morning hunt 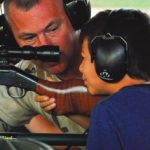 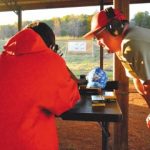 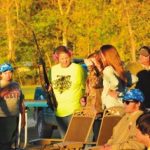 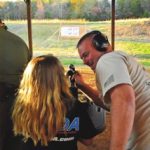 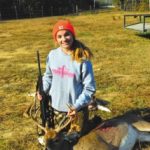 And from Validity’s perspective, the folks at ASC are highly dedicated to fulfilling their goals to support and honor the legacy of the fallen.  Mentorship, leadership development and scholarship assistance are also part of the ASC Foundation, based in Murfreesboro.  For more detailed information and inspiring commentary, visit www.asoldierschild.org.