After a fire destroyed a whole side of the Pulaski square in 1868, word circulated that Angenold Cox would be the first to erect a new building on the site.  The hall he built was impressive, able to seat 500 people.  The citizens of Pulaski loved their new opera house, and it opened on Christmas Day of that year.  There were merchants on the first floor of the building, with the magnificent hall situated on the second floor.

The opera house, named after Cox’s wife, was called Antoinette Hall.  For years, it boasted entertainers from all over, becoming a great success in the community.  The opera house changed managers several times, and even changed its name in 1884, being called the Pulaski Opera House.

The hall eventually closed in the 1930s, due to the advent of moving picture shows and walk-in theatres.

After outgrowing their theatre in Lynnville, Tennessee, they began to look around the Pulaski area.  They were offered a great rental rate on a building on the town square of Pulaski, and accepted the offer gratefully.  “We got the theatre running on the main floor,” Pierchoski told Validity.  It became the STAAR Theatre and Center for the Arts.

When the owner decided he would sell the building, Pierchoski remembers, “He said he would take off a huge amount of the cost and donate it to the theatre if we wanted to buy it.  We bit the bullet and bought the building.”  They had yet to go to the second floor, but the previous owner said he used it for storage.

“We took flashlights up there and opened up these double doors,” Pierchoski relates, “and then we saw it.  There it sat, this beautiful opera house.  I literally sat down on the floor and started crying.”  She said she knew right then that they were in the right place.

The passion in Pierchoski’s voice for the theatre and arts in the community was evident.  Her stories about the history of the theatre tumbled out as she discussed STAAR’s plans for restoring the opera house.  “It is one of the oldest opera houses that opened as an opera house and remained so until it closed,” she said, excited. 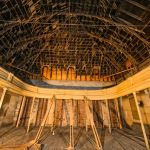 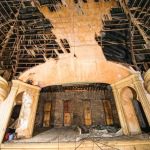 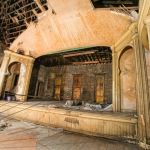 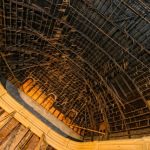 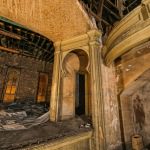 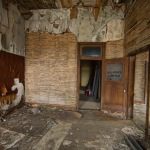 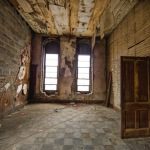 Pierchoski says they are in the very beginning stages of restoring it.  “Basically, the planning committees are working now.  The biggest question we have for the engineers is, ‘Can we save it?’ They’re going down into the basement level.  Everything is built on rocks.  For the weight we’re going to put back on it, we want to make sure we’re structurally safe.”

They are seeking donations for the project, and Pierchoski says they’re planning on returning the hall to its original name, Antoinette Hall.  The plans are to make it a community arts center, complete with a dance studio, and art studio, rooms for music teachers, a recording studio and a coffee shop.

“You walk in and just get that overwhelming rush of how beautiful it must have been back then,” Pierchoski remarked.  “We want it to have that feel of stepping back in time.”

To learn more about the opera house, visit staar-arts.org.  Photos of the opera house featured in this article were taken by Mac Brown, http://macbrownphoto.com.

This article was corrected Jan. 21 to reflect that Antoinette Hall was named after Angenold Cox’s wife, not his daughter.