Lisa Fox was walking her dog in the woods and didn’t really want to see anyone.

It was one of those kind of days.

Then out of nowhere, “there is this guy and his dog,” she explained, sharing her exasperation in solitude disrupted.  Cordially, she engaged in conversation with the humble man, who she learned was a graphic illustrator who moved to Franklin, and confessed he did a little wood working on the side.

Intrigued, Lisa checked it out.  She was so taken by his carvings she staged a one-man show at her Leiper’s Creek Gallery in Leiper’s Fork to showcase his work.  And to the art world was revealed the playful side of P. E. Foster.

Foster’s exposure to woodcarving began in the 1980s, when he worked for the U. S. Forestry Service in Utah.  “They knew I was an art student, they had me working on a router in shop making signs.  Then they had me do public displays and public information things.  That’s where the love of working with wood started,” he explained.

A few years ago, when P. E. married Liz Hengber and moved to Franklin, he set up a wood shop in the garage.  Back to the router.  And his tools.

“Working with wood is a return to my own personal art.  A completely different intention.  With wood I can be self-expressive,” he commented.  I missed having my own artistic voice.” 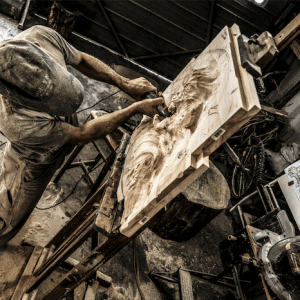 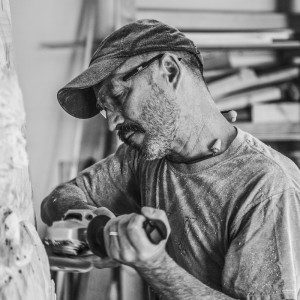 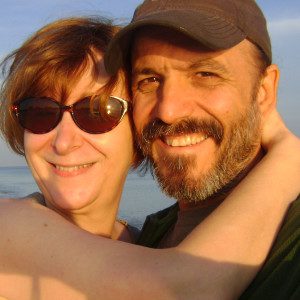 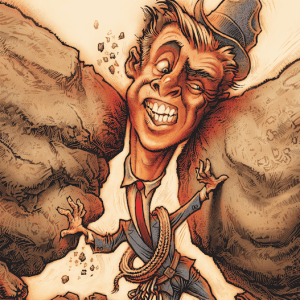 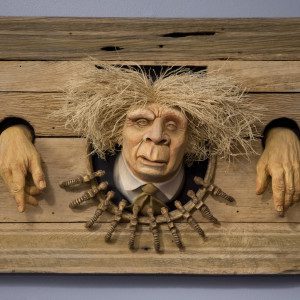 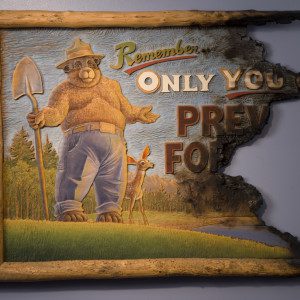 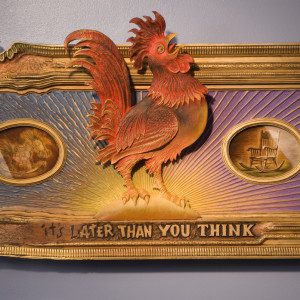 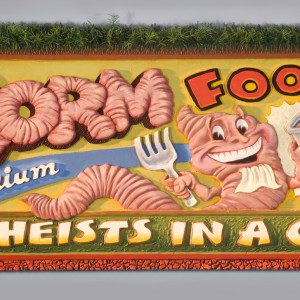 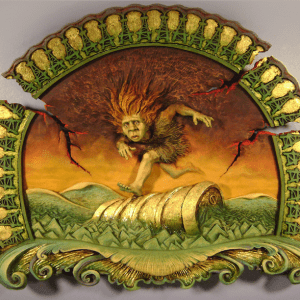 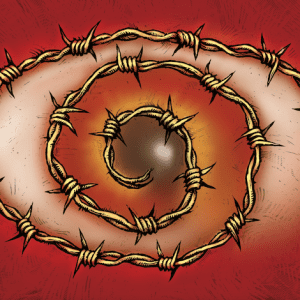 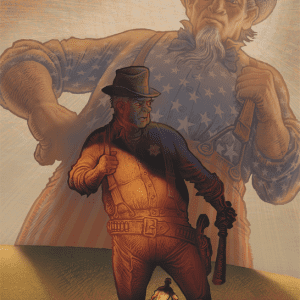 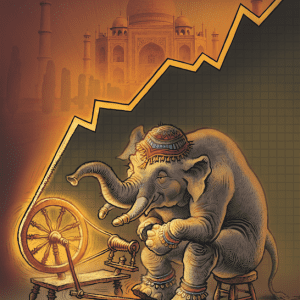 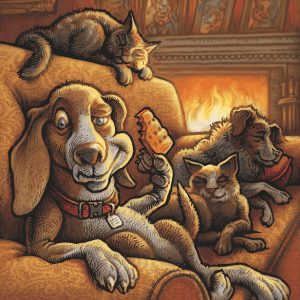 A self-proclaimed hermit, P. E. admitted the house was filling with wood carving.  “I didn’t want to pursue galleries.  But I had decided to put up a website (www.pefoster.com).  When Lisa Fox and I bumped into each other walking our dogs, I recognized her from the gallery and asked some questions.”

“She discovered me.  I am grateful to Lisa, she has been kind to me.”

P. E. Foster finds inspiration in nature. “There are two primary directions for my art:  sober and whimsical.  I do tire of the conscious.  Sometimes its more fun to be like a painter, just work w the medium.”

Just after he called himself a hermit environmentalist, I could (almost) hear him cringe over the phone.  “I said that, didn’t I?” he asked.

P. E. Foster has a high respect for nature, at times is disturbed by the negative impacts humans have on it yet is not a radical, in-your-face kind of guy.  He allows his feelings toward nature to be exposed through his creativity.

“I’m certainly no purist (with regard to ‘wood working’), so traditional craftsman will have to forgive the fact that my focus is elsewhere.  I simply love to work with the material, as a painter relishes his paint.  Yes, ‘the medium is the message,’ ‘form  IS content’ etc.,  those old academic saws are valid.  But in the case of my works in wood, the medium serves my own more deliberate message or allusion,” P. E. Foster’s bio reads online.

With 60 hours to 170 hours  invested in each piece, P. E. commented how he used to journal about this art but, joked “it would depress me when I saw how much time was invested.  Ironically, the price tag has to reflect the time invested.  Money is such a funny and complicated topic in the art world,” he added.

Serious undertones in many of the pieces are offset by the whimsical, playful nature of others, begging the question, what influences on his art came from his childhood.  “My loving and devoted parents acknowledged early on my artist bent.  They were encouraging and supportive.  That’s the first thing that comes to mind. I have really great parents.”  His parents are in their late 80s and are in great health, P. E. said and although they live on the other end of the country, he talks to them several times a week.

“His work is amazing,” Lisa Fox exclaimed when we viewed P. E. Foster’s woodcarvings in her Leiper’s Creek Gallery.  “I am so glad we bumped into each other.”