You either possess art or it possesses you. The human ability to create, admire and process allows us to have a personal relationship with iconography and the world of symbols. Before our use of words was our consciousness of symbols.  It is in this realm of symbols and universal communications that we find the work of Tom Geckle.  Dreamlike images of the deer, dog, spiral and linear elements are used in most of his pieces.  First appearing childlike and familiar, they are deeply rooted in the unconscious anthropology of our social reference. Tom’s painting technique radiates simplicity in a deeply multi-layered style where he finds peace in the actual creation of the music and art. He has stated that because 95 percent of his work is created for his own pleasure, no one sees the full potential, only fragments.

Tom Geckle is a competent painter.  Starting with his childhood in Maryland he received special recognition.  One of his teachers said he would be famous before he was 21. He gave up on being famous, saying, “Anybody can do this.  I never thought about how to do this, I just do it.”  One of his paintings hung in the Baltimore Museum of Art. 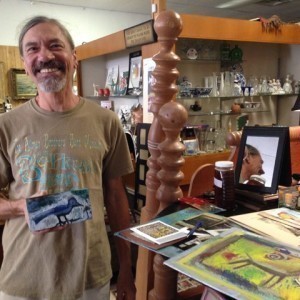 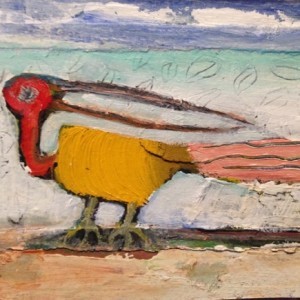 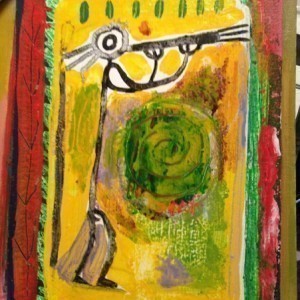 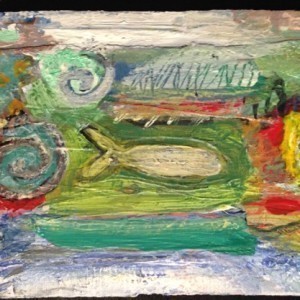 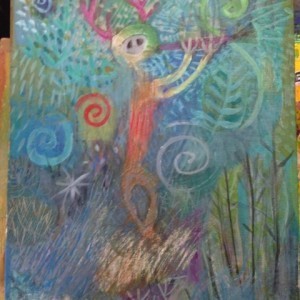 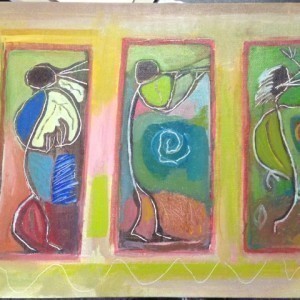 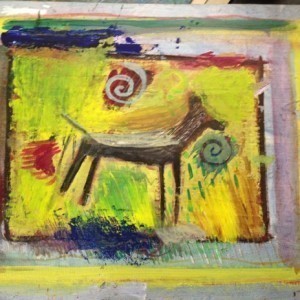 At the end of a fine arts path in high school, with the help of influential teachers, he was awarded a scholarship to Parsons School of Design to study illustration.  Examples of his work from that time reveal a level of detail, depth and draftsmanship sometimes never achieved by artists.  Because of a full class load, a full work schedule and broadening interests with NYC film school students sharing his dorm assignment, something happened:  The city took over.

Tom dove in and became, in his own capacity, a participant in the contemporary New York art scene.  These were critically important developmental years in the city.  In spite of being immersed in conversations with influential artists like Keith Herring and Kenny Sharp, Tom eventually dropped school and worked in the Parsons print shop as a courier and at other odd jobs that allowed him to stay in New York.

After a time, he returned to Baltimore and pursued regular work, using that time to think about his art and develop his musical style.  Guitar, singing and writing led him to Nashville.  Tom describes his style of music as Americana.  He landed in this area after a long drift.  His family and his musical and art interests draw him back to Maryland at times.  Tom Geckle lives in the countryside of middle Tennessee where he continues to paint and pursue his music.  Tom has stated he plays for the pure love of playing, and sometimes a lone session at his cabin will last eight hours. It is most difficult for the multitalented, not wanting to be so involved in making money, but for Tom it is a controversial subject.

“In the end it’s political and comes right back to survival in an unsustainable system not based on sharing the available resources.  We are all related, and when we take care of every person on this planet, that’s when we will have peace,” Tom remarked.

Tom Geckle’s work may be seen on YouTube and at the Gallimaufry at 207 East Public Square in Centerville, Tennessee.