The word spread rapidly, and for three weeks during the month of June, people across the mid-state and around the world followed the story of Hume-Fogg student Mitchell Mielnik’s struggle for life.  Through social media and online sites such as CaringBridge.com, people could read updates and daily postings filled with hope and faith, with tiny steps of progress or frightening setbacks.

At 5:12 on June 30, 2015, the 16-year-old was released into the glory of the next life.  But if we only focus on those last three weeks, if we only dwell on the four heart surgeries, the dialysis machine, the ventilator and the teams of caring doctors and nurses, we miss the full impact of Mitchell’s life and his place in the flow of the human story.

Whether a life is 90 years or 16 years, living, and not merely observing, is the secret of a full life.  Packing our moments with activity and adventure, wonder and reflection, friendship, family and faith brings quality and fulfillment to life.

His first word was “ball,” launching him into a lifelong love of sports.  He skipped traditional T-ball and at age four began baseball in a Lakewood coach-pitch league.  Over the years, he added basketball and soccer (7th/8th grade teams at John Early and JV-team as a freshman at Hume-Fogg), but hockey was his passion.

Hume-Fogg student, Karissa Wheeler, recalls Mitchell’s height (6’2”), contagious smile and laughter and the impact of an introduction exercise during the first days of a theater class: “Mitchell stepped up to the front of our classroom.  He was confident in an unusually humble way [and] immediately began sharing with the class his passion for hockey.”

“Mitchell was always interested in hockey, even before he began to play,” says his mom, Tara Mielnik.  The family moved to Nashville in 2000.  Mitchell’s dad, Mike, worked for Gaylord Entertainment, and the family began attending Predator games.  “Even at a very young age, you could ask Mitchell a number and he could tell you which Predator wore that number,” she remarked.

By age seven, he was participating in inline/roller hockey and taking ice skating lessons at Centennial Sportsplex.  Four seasons of hockey at the Sportsplex led to an invitation to play for the A-Game Storm in Cool Springs and later to opportunities to play for the Jr. Preds and the Hume-Fogg hockey teams at the new Ford Ice Center.  “He especially loved telling people that his Jr. Preds team held the first ever team practice on Ford Ice,” says Tara.

He and his teammate and best friend, Kyle Bartels, were named High School All Stars during his sophomore year, and his Jr. Preds team represented Tennessee in the USA Hockey National Championships in 2013-14 and again in 2014-15.  A hip injury prevented him from participating in the Southeastern Conference hockey skate, where he had been invited to play in front of hockey coaches from all SEC colleges.

Mitchell balanced the physical activity of sports with interests in travel to historic sites, reading, theater and social studies.

He was an enthusiastic participant in National History Day competitions.  As a 6th grader, his project on the Parthenon placed second in the State, and he traveled to Washington, DC and the University of Maryland for the national competition.  He also advanced from district to the state competition in 7th, 8th and 9th grades.  In 2014, he and project partner, Noah Rutherford, placed third for their performance about John Muir and Theodore Roosevelt. 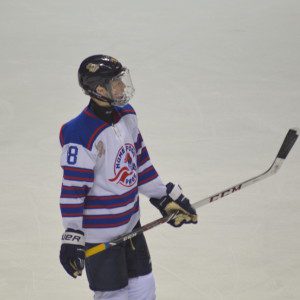 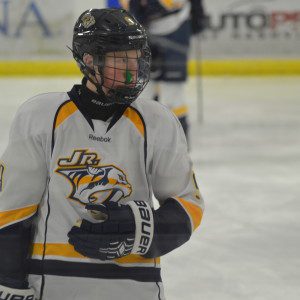 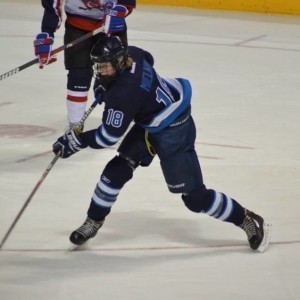 His love of history led to three internships at the Parthenon while a middle school student at John Early Museum Magnet, resulting in the creation and development of three exciting educational tools that are still in use, including a popular family activity sheet, The Quest for the Pearl, based on the Percy Jackson movie.  As a result of his creativity and professionalism as an intern, he was named the Parthenon Student of the Year as a 7th grader.  In the future, that award will be presented annually as The Mitchell Mielnik Award for the Parthenon Student of the Year.

Throughout his illness, Mitchell managed to unite people around the world and across religions (Christian, Jewish, Muslim, Hindu and Baha’i) for three weeks in faith, prayer and concern for one life.  Whether through the memories of teammates and school friends, his gift of museum educational materials that both teach and delight or the award that will bear his name, Mitchell continues to impact the world.  One life touches so many others, and his joy of living, his devotion to doing his best – whether on the ice, creating projects that brought history to life, or rising to a level of professionalism for an internship – shows us all that quality of life is not in length of days, but in truly living our moments.