The wooden coffee stir stick turned over and over in his fingers and his imagination began to reel.  Jim Webb and his wife, Connie, were stationed in Germany in 1980 when the seed of an idea took shape.

Leaning heavily on one year of art classes from the earliest days of Columbia State Community College and even more on creativity, Jim began playing.  Just for fun.

Carefully piecing together thin coffee stirrers, Jim constructed his first small building.  “It was a challenge to see if I could do it,” he commented during our recent interview.

Years later, retired from his Army days and the National Park Service, Jim, with his bride of 41 years, now finds solace on the family farm creating miniature villages.  Complete with musical instruments, kitchen utensils and garden tools and complemented by replicas of the family’s pets, the people he carves to inhabit the spaces have personality and purpose.

Shelves in the family room are filled with churches, barns, houses, general stores and more, irresistible to his grandchildren and even a few adult members of the family. 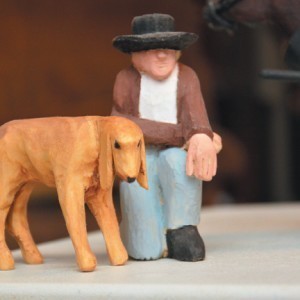 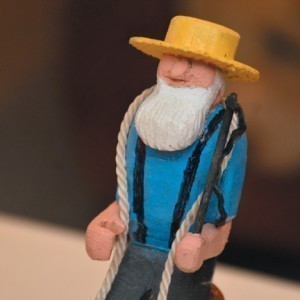 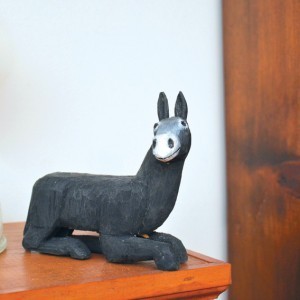 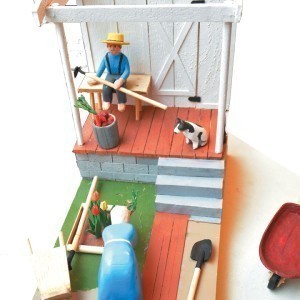 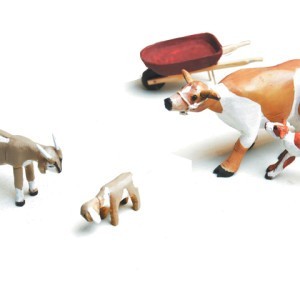 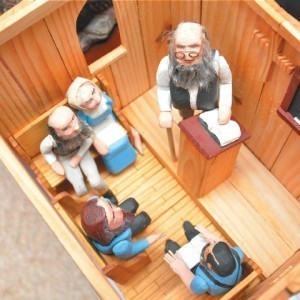 Finally moving from the dining room table where for a long while he says “it was covered up,” his favorite spot to carve is on the porch overlooking their five generation farm with grandkids close at hand.

“He can sit out there carving and make something from nothing,” Connie commented.

“I started getting serious when my granddaughter wanted a doll house with furniture,” he said.  When pieces from his other carvings go missing, he usually knows where to find them: employed by the youngster in her imaginative play.

Oftentimes, he can hardly keep up with the demand from family and friends for his “little buildings.”  “’Make me one,’ they say,” Jim smiled as he told of the requests he receives.

He does not sit down with an intent.  “The buildings and the people come to me,” Jim explains.  Except for the church.  Inspired by Mennonite neighbors who donate scraps of wood to his passion, Jim says he carefully designed that structure.  Even down to laying the shingles in place “so the roof would not leak,” he slyly added with a grin.

And he claims to have learned 900 ways how NOT to make a wheel.